We all start somewhere in life. Some have dreams and others have opportunities. Camron Lochinov has been training MMA for ten years. It all started with a broken mirror. Superstitious people say that if you break a mirror you have 7 years of bad luck. However, for Camron it would be the start of his career. For his senior year in high school he broke a mirror in the weight room. He was putting the dumbbell back on the rack and it bounced back and it cracked the mirror. It would cost him $500 to replace the mirror. Jason Franklin and Mike Oakes told him he could make that money if he took a fight, which was only two weeks away. They needed an opponent so Lochinov accepted the match and the start of his career began. He passed the curse of the mirror to his opponents. If they go in the cage/ring with him, their luck is over.

With the support and guidance of his team he plans to go as far as he can go for example the UFC. He is already a veteran of Bellator. One of his biggest inspiration in fighting is Khabib and Fedor. What can you expect to see from him? Well, one thing is certain he will never be alone. He is always surrounded by the best people both in and out of the cage. If you are in his corner that should be seen as sign of honor and respect. To be aware and at peace in life you must be on another level; a place of awareness and reality. When I first met Camron I didn’t know anything about him. The way he presented himself and carried himself was not like anyone else. When he walks into the cage you can see in his eyes that he has no fear and he is ready. He does not have a look of hate or malice. Yes, being in the cage is a violent sport, but when you see him, you can see he is on another level. A level that on its own is scary. 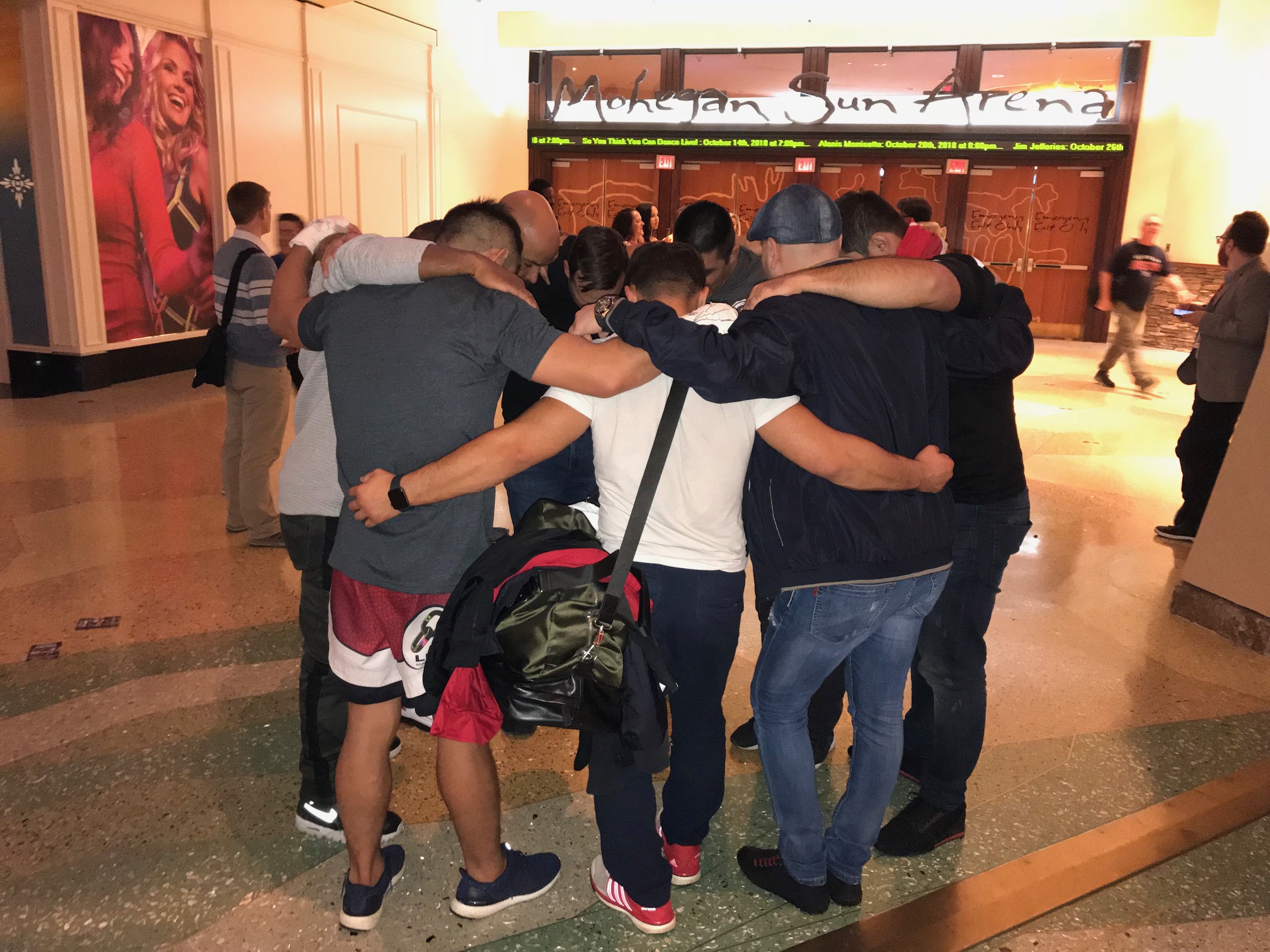 I had to ask Lochinov, “where  does your peace come from?” He responded, “God – Allah.” I asked him, “Do you feel that your faith conflicts with your passion? Why or why not?” He said, “No, because what I do is a sport.  At the end of the day I never had hate walking into my fights. I never build my fight around hate.” Now, if you have never attended one of his fights you may not truly understand. Sometimes, his fight gets pushed to the end, after the main event. If you are there you may think, “wow, this venue is still packed.” Until, you see Camron walking out and you realize that the people there were actually there for Camron and not for the main event. You will never be at a fight that he is fighting and you feel that no one is there. I will guarantee you that at least half the venue is there for him. How many people do you know can sell over 200 tickets in less than 2 weeks? The amount of support he has is priceless. He has people traveling from all over to support him. I’ve always wondered and asked, “how does it feel knowing you have people traveling from all over to support you?” He told me, “Priceless, I can’t describe how much it means to me.”  Camron has a tremendous backing. I have attended and worked several shows and I have always seen him with Abbas Tamaradaze. Abbas has always been right there with him. If Camron needs to cut weight, train, start fight camp, weigh in, he (Abbas) is there. The support, is unmeasurable, a true friendship. God always provides the people you need in your life. There is no secret about who he (Camron) is.

“…but there is a friend who sticks closer than a brother.” Proverbs‬ ‭18:24‬ ‭ESV‬‬

I am an action and sports photographer that loves capturing those beautiful moments that will last a life time. My mission is to capture those moments that will allow anyone to go back in time and reminisce on the best days of their lives. View more posts

One thought on “There Is No Secret About Who He Is”